MoCA: It's not just for home networking any more

As the dog days of summer roll in and a mocha frappuccino sounds like a far better idea than a hot beverage, it seems a good time to check in with the Multimedia over Cable Alliance (MoCA), doesn't it?

MoCA has been working to build its reputation as a complementary technology in the home networking arena, said Rob Gelphman, VP marketing and member relations, MoCA. "We are not a competitive threat. We work fine with everybody …. We don't supplant, we support." 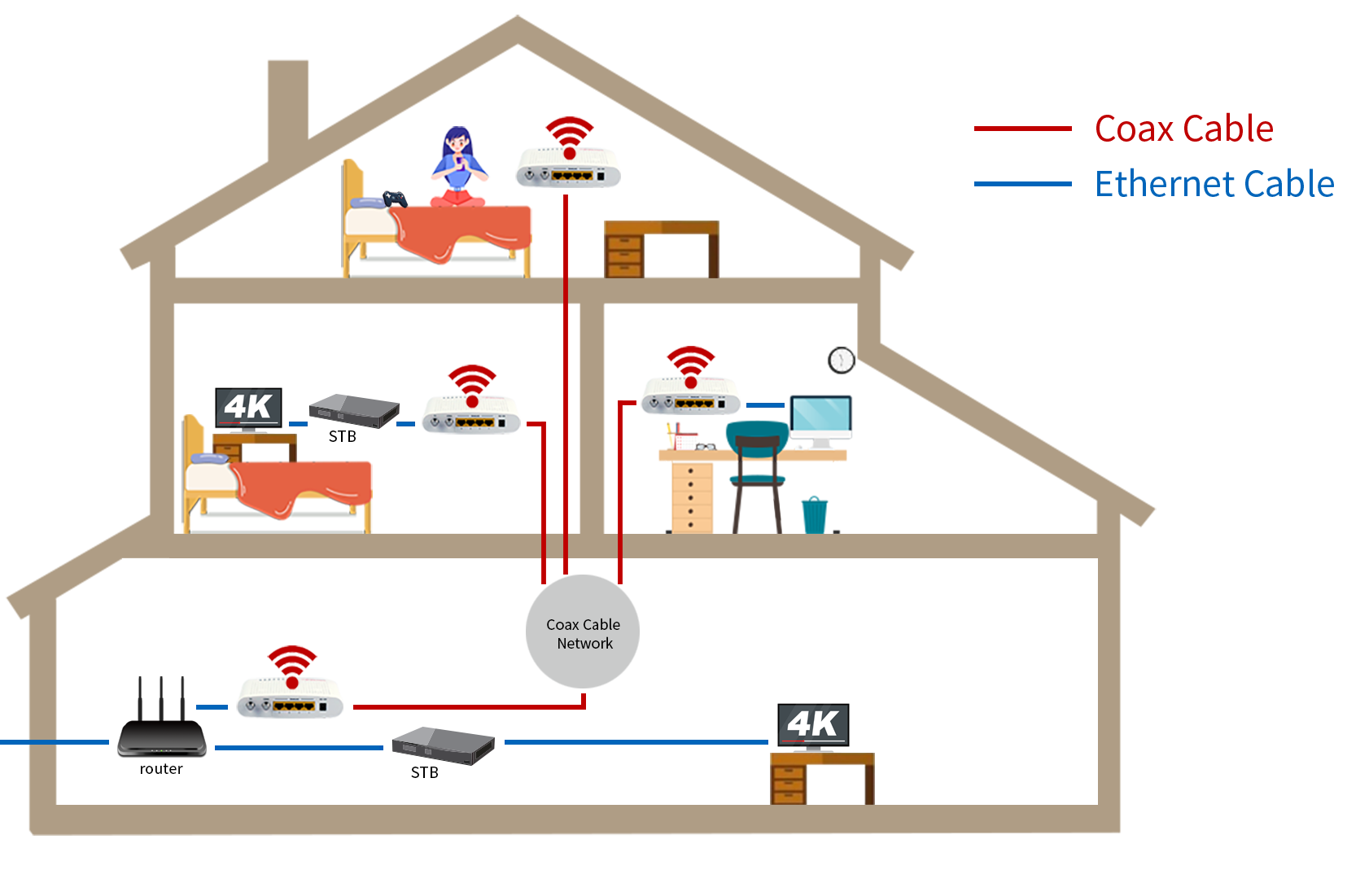 In other words, a MoCA Home application, for example, has been to provide an in-home backbone for WiFi that utilizes existing coax cable to address dead zone or slow performance areas. MoC 2.0 offers actual throughputs (MAC rate) up to 1 Gbps, and MoCA 2.5 offers actual throughputs of up to 2.5 Gbps. There is a migration plan in place, with the next step 10G as part of the MoCA 3.0 standard. 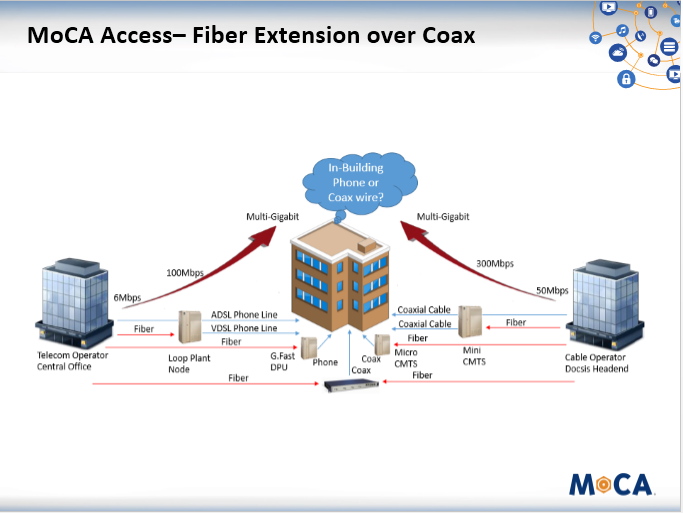 Meanwhile, the organization has been working to extend the technology to other applications, namely access. MoCA Access is point-to-multipoint, serving up to 63 modems, and is designed to co-exist with services like video, DOCSIS, and cellular (4G/5G) technologies.

"This is a strategic shift. We are not abandoning our home networking, we are taking (our technology) into another application," Gelphman said, noting that Access uses the same silicon as Home, but with additional management features.

In other words, cable operators could come into an apartment and use MoCA to bring DOCSIS 3.1 to each unit. or in another example, a hotel could use MoCA as the extension that brings WiFi to each hotel room.

"We are now a universal backbone or a universal extension," Gelphman said. "You are extending the speed, reliability, performance, security of DOCSIS, fiber or 5G.

There have been a few announcements in 2019 related to MoCA worth revisiting: