KNOWLEDGE and REASON ARE OUR ARMS TO EMBRACE THE WORLD

On the afternoon of May 22nd, Shenzhen FII-LUSTER LightTech Co., Ltd. (hereinafter referred to as "FII-LUSTER LightTech"), a joint venture by Fii and LUSTER, officially opened for business in Shenzhen Babai Industrial Park. On that day, LUSTER released several new products represented by the automatic appearance quality inspection equipment for screen modules that solved the problems of inspection and empowered smart factories.

Leaders and guests from enterprises and institutions such as Fii, China Electronics Standardization Institute, Xiaomi Technology and Tsinghua University attended the opening ceremony. 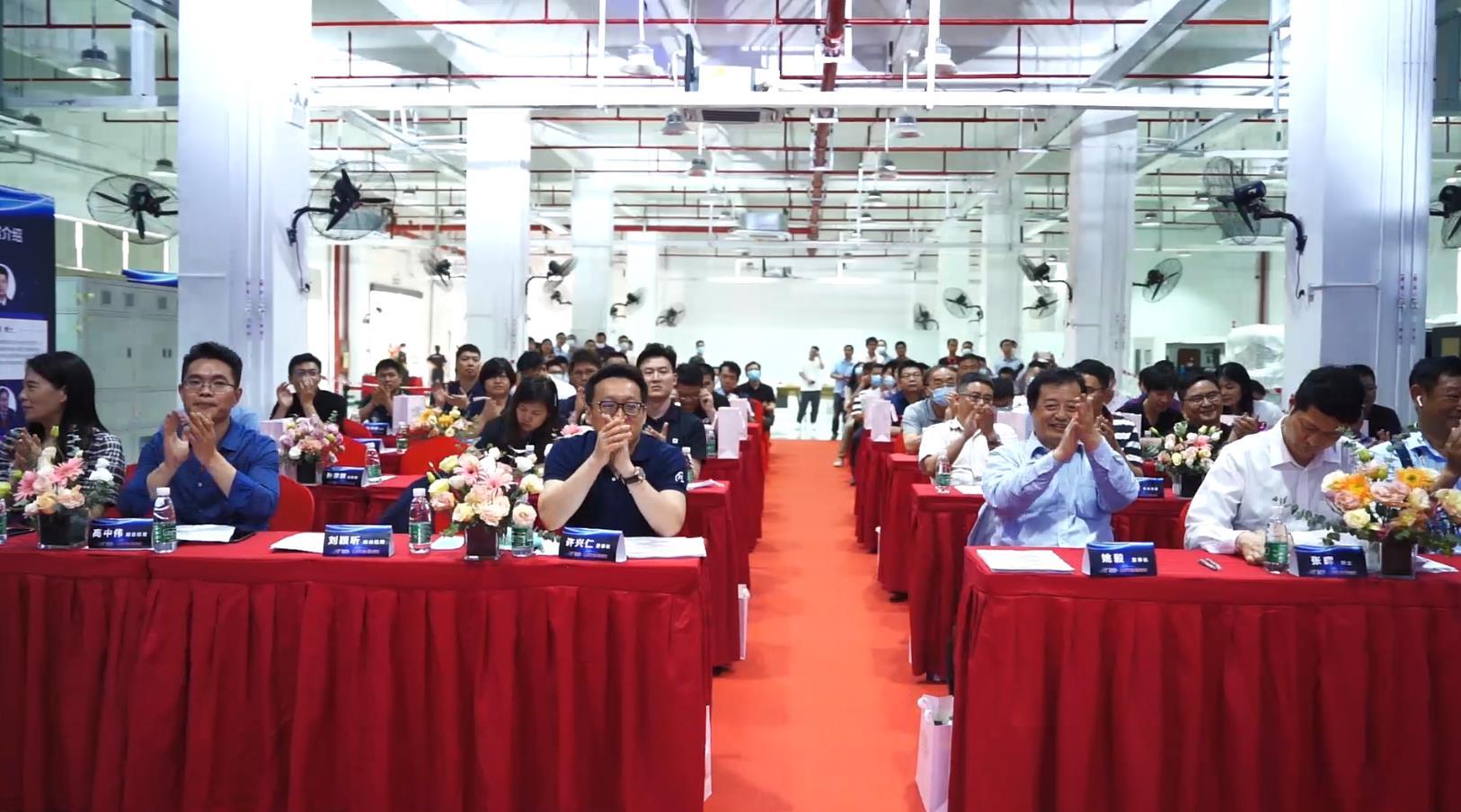 "FII-LUSTER LightTech was established for 'smart factory'." said Xu Xingren, senior Deputy General Manager of Fii and Chairman of FII-LUSTER LightTech in an interview with the reporter. He said that the company would commit itself to promoting the innovation and application of AI in China's manufacturing industry and serving the establishment of more smart factories in the future, so as to contribute to the national strategy of building China into a "manufacturing power, quality power and digital power".

Fii has the most complete and efficient supply chain in the global 3C industry and the strongest intelligent manufacturing capability for fast mass production. At present, it has established many smart factories around the world. With nearly 20 years’ experience in the field of machine vision, LUSTER has developed core technologies including precision imaging, image algorithm software and core optoelectronic devices, and has had successful practice in visual systems and intelligent visual equipment. Fii and LUSTER have complementary advantages, so their cooperation will yield fruitful results. The products of FII-LUSTER LightTech are mainly visual and operation control system products and solutions, inspection and measurement quality equipment, special intelligent equipment, and whole-process automatic intelligent production line solutions.

At the next-generation industrial AI technology exchange summit held on that day, guests from China Electronics Standardization Institute, Foxconn Group, School of Software of Tsinghua University and LUSTER had an in-depth discussion and exchange of ideas on topics such as how industrial AI empowers the future manufacturing industry, and the development trend and standardization of intelligent manufacturing. Quan Yuming, deputy dean of the Institute of Knowledge and Rationality of LUSTER, said in his speech that the production, quality control and closed-loop management with machine vision and AI as the core technology can help enterprises improve quality, increase efficiency, reduce costs and reduce storage. He said that machine vision realizes the whole-process management of material traceability, production and processing, component assembly and quality inspection, and that the measurable, controllable, manageable and automatic upgrade of production line can be realized by means of "scientific digitalization" and "big data".

On that day, LUSTER released several new products, including the automatic quality inspection of the appearance of screen modules of 3C intelligent terminals, equipment for middle frame appearance inspection, screw hole measurement equipment, and screw hole defect inspection equipment, which served as the substitutes for inspection workers on the production line, filled a gap in the industry, and solved the problems of manual-only inspection, insufficient quantitative quality management, and inability of P&Q for efficient closed-loop management in areas of production line, manufacturing process and manufacturing procedures.

Take the automatic quality inspection equipment for the appearance of screen modules as an example. With LUSTER’s patented collimated light source imaging technology and AI technology, this product can generate accurate images of defects like dim points, and distinguish between dust interference and real dirt interference. It can be used to replace manual appearance inspection of IQC and OQC of mobile phone screens, and can detect 50μm point defects and 10μm linear defects, as well as more than 50 kinds of appearance defects in the front and back areas, the “jack” areas and the side areas of mobile phones with higher efficiency and higher excellent rate. One such device equals dozens of inspection workers of module appearance and quality.

Intelligent equipment and intelligent production are the foundation of intelligent manufacturing. The application of machine vision technology by "smart factory" will make machines have smarter “brains” and brighter "eyes", improve the products, technologies and ecological environment in new infrastructure fields such as industrial AI and industrial Internet, and provide stronger support for the AI-based transformation and upgrading of manufacturing enterprises. 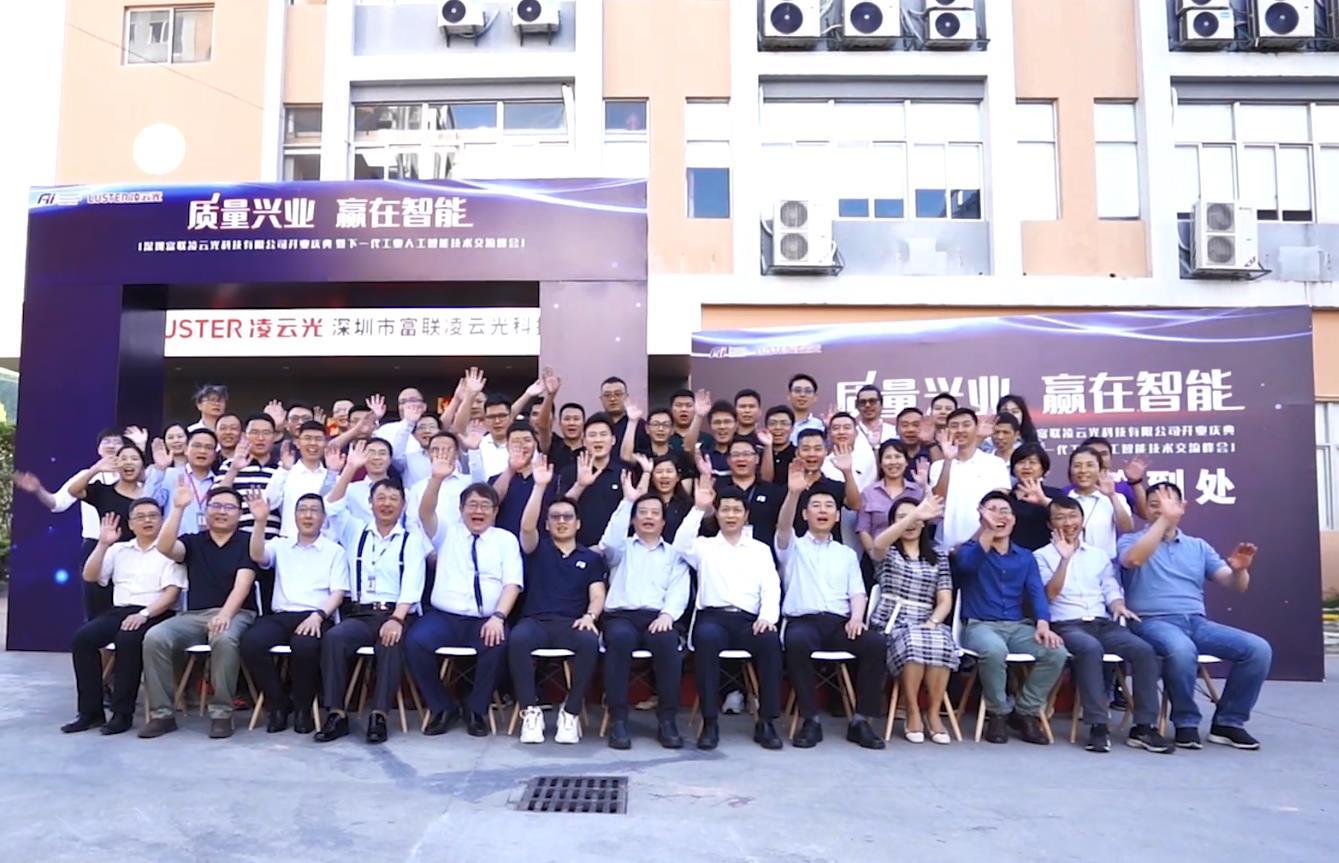 LUSTER is a national high-tech enterprise and has won the first prize of national technological invention and the second prize of scientific and technological progress. Based on optical technology innovation, the company engages in the fields of machine vision and optical fiber, and strives to become a global leader in visual AI and optoelectronic information.


Previous : Already the First Article Next : LabelMan-220T: I can conduct inspection while lying